The land of thunderbolt, Darjeeling is a Himalayan city in the Indian state of West Bengal. One of the most popular hill stations in India, Darjeeling is recognized as ‘Queen of Hills’, famous for its natural beauty, clear fresh air, pleasant weather and endless tea garden rolling on a slope of hills. This beautiful town is also internationally famous for its spectacular sightseeing of Mt. Kanchendzonga. There are many heritage schools here which were built during the British settlements. Darjeeling has a charm of its own and some of its major highlights are the Toy train, which runs just in front of some of the houses of Darjeeling. The sound of the steam engine gives you immense joy and nostalgia. The Darjeeling Himalayan Railway is a UNESCO World Heritage Site and is fancied by many tourists. The train service runs from Darjeeling till Siliguri, when the roads and tracks are unaffected by the monsoon, otherwise the train just provides a ride till Kurseong and back. Darjeeling is a beautiful place which seems to have been crafted by God, as an example of excellence. 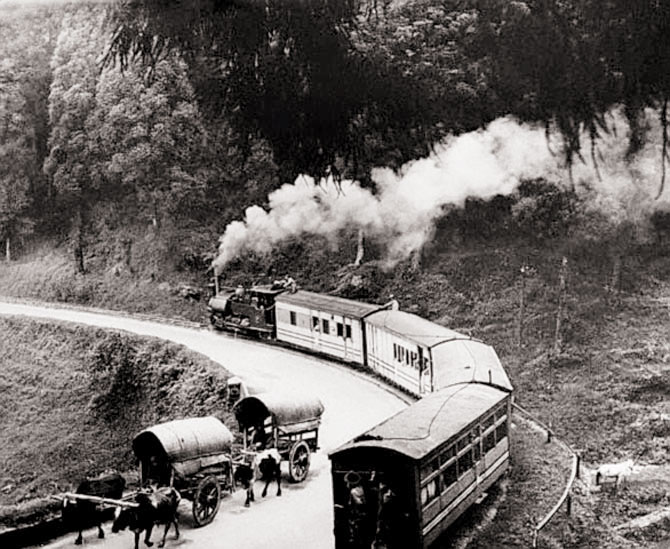 The History of Darjeeling has few highlighted factors like the Tea plantation and the amazing Toy Train services, which were opened for better connectivity to several places. Darjeeling was originally a part of the Kingdom of Sikkim which was inhabited by the Lepcha tribes and was the native to the area. The Gorkhas of Nepal invaded Darjeeling in the 1780s and the Gorkha army was able to subdue the Bhutia and Lepcha armies of Sikkim kingdom. The area until Teesta River belonged to Nepal until the year 1816. After the Anglo Gorkha War, British gained control of the land area between Mechi River and the Teesta River. The British aimed at making Darjeeling their seminary and also planted many tea gardens and also created the Toy train services from 1881. Darjeeling Himalayan Railway started their Siliguri to Kurseong service from 1881, from Kurseong to Sonada also from 1881, Jorebunglow to Darjeeling from 1881 and from Darjeeling to Darjeeling Bazar from 1886.

Thing To Do in Darjeeling 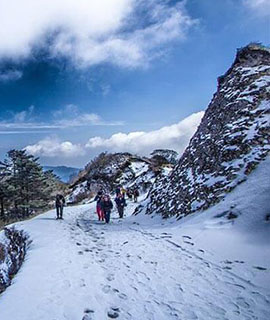 Trekking to Sandakphu and Phalut is a popular trekking adventure which ensures magical views of surrounding mountains, along the most beautiful trails 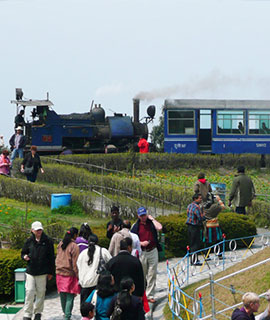 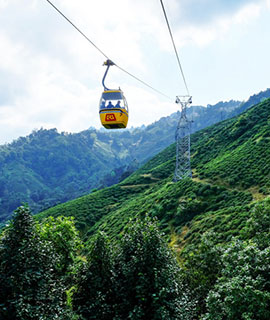 Ropeway is the prime attraction for tourists, giving its passengers an array of divine panoramic views as they travel across enticing valley 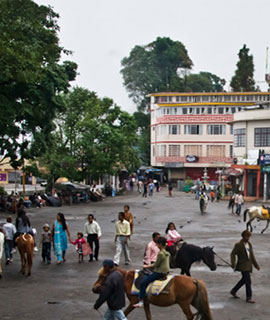 It is the hub of all social activities in Darjeeling where people can relax, sit on the benches there and have a cup of coffee. 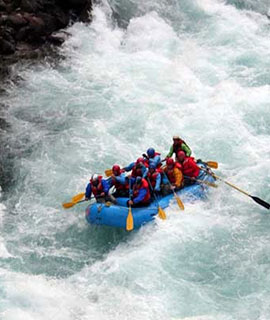 It is one of the most popular adventures activity and also challenging in the white and clear waters of River Teesta and Rangeet amidst Tourists. 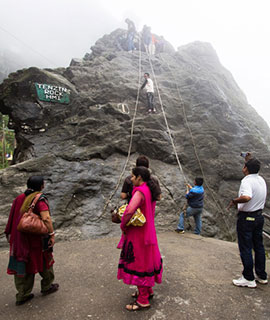 Home to Himalayan Mountaineering Institute, you can always try some mountaineering lessons on their artificial rocks and some experts who maintain your safety.

Places you cannot miss in Darjeeling

Dazzling Senchal Lake is located about 10 km away from Darjeeling town at an elevation of 8,160 feet above the sea level. It is situated on the south-eastern side of the heart of Darjeeling. This beautiful water body is encircled with Senchal Wildlife Sanctuary as well as it offers stunning views of hills surrounded. The water of this lake is cleaned and potable which is supplied to the entire Darjeeling town.

The hill is located near the Chowrasta square in the dreamy hills of Darjeeling towns. It is primarily known for the small temple of Mahakal in a cave that is revered by both Buddhists and Hindus. The ringing of bells and fluttering of flags manifest an enduring spiritual energy.

Located at a distance of about 8km south from the main town of Darjeeling, Ghoom Monastery is the major attraction in Darjeeling. It is well known as Yigacheoling Gompa. The monastery preserves some of Buddha manuscripts and it is popular for its 15feet high special statue of the Maitreya Buddh

Located at an elevation of 7,407 feet above sea level and at a distance of 11km km from the main town of Darjeeling, Tiger Hills is recognized as the best point in Darjeeling for a stunning view of sunrise and from where you can see the peaks of Mt. Kanchenjunga. Due to a magnificent view of snow-capped mountain lying amidst cotton clouds allures large volume of tourists to visit Tiger hills from all over the country. To see the splendid view of sunrise, visitors have to reach there before 3.30am

One of the most picturesque train routes in Darjeeling, Batasia loop is located at the top hill and at a distance of about 5km away from the town. It is a gigantic loop where the Toy Train makes a 360-degree turn. it is the loop from where you can get the panoramic view of Darjeeling town with Kanchenjunga and the other snow-capped mountains. The whole area is encircled with a wonderful garden which makes the visitors spend some time.