Bhutan is a beauty where you might not find the best food chains or proper shopping malls but it surely provides its guest, an opportunity to spend some time with its rich environment. Their culture and history are projected through various Dzongs, Dance festivals, Archery, beautiful Monasteries as well as great hiking trails covered in colorful orchids. Though its preservation and conservation practices are standard and well executed, it's a country that doesn't let go of their roots and choose to live accordingly. The green valley covered in scenic forest and has a wide variety of the landscape and geographical features. It's amazing to have so much of things to do inside Bhutan during a vacation to incredible Bhutan. The magical land of Bhutan provides a great deal of adventure, sightseeing, peace, and refreshment through its various beautiful places and offbeat destinations. Bhutan is the only country in the world that maintains the happiness of its citizens through the Gross Domestic Happiness approach and techniques. Its laws and the responsible citizens have uniformly created a green kingdom whose valleys are surely a trekker's paradise. 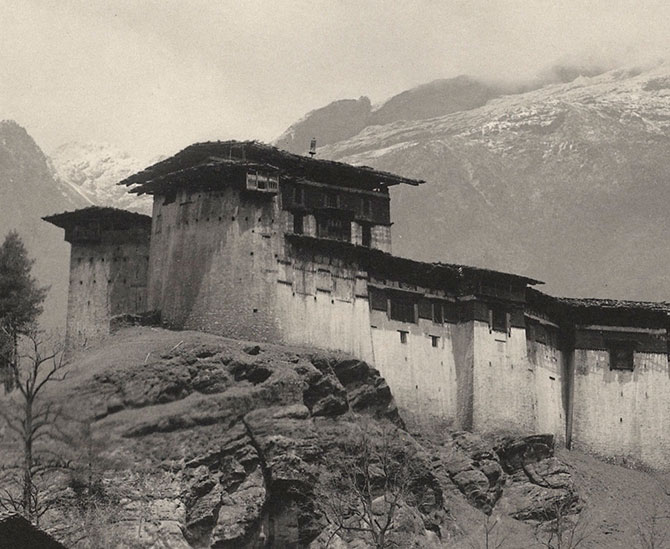 Bhutan is one of the few countries which have been independent throughout their history as they were never occupied, fought and conquered by any other forces. It is firmly believed that during the 7th BC, Bhutan area was ruled by the Cooch Behar king, Sangaldip. The introduction of Tibetan Buddhism began in the 9th century when certain turmoil in Tibet had forced many Tibetans to flee to Bhutan, due to the closeness of the Kingdom and similar geographical similarities. During the 12th Century, the Drukpa Kagyupa sect of Buddhism began to flourish and has flourished into Bhutan, being the only Buddhist Kingdom in the world.

Thing To Do in Bhutan 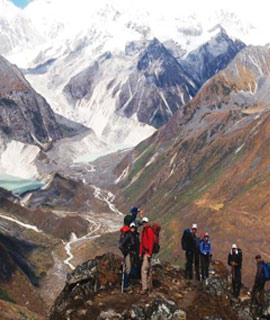 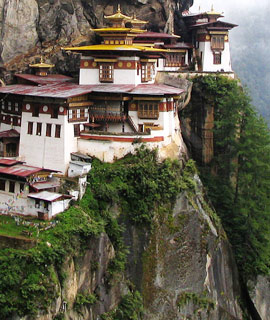 It is one of most sacred and religious site and when you visit its blessed Monastery, the serenity of place fills you with divine joy 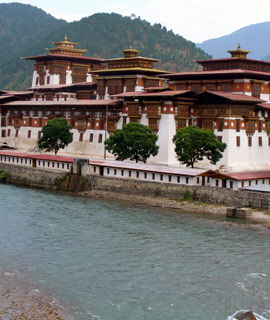 It’s a unique tourist attraction due to its one hundred pillar hall featuring exquisite murals. It is one of the largest and second oldest Dzong of the country.

The Dochula has 108 stupas with their beautiful architecture which a major attraction of this place and tourist gets different viewpoints of this beautiful structure. 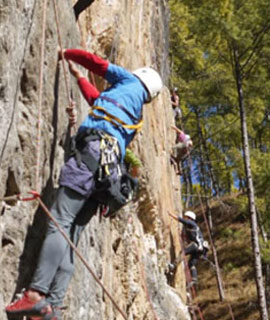 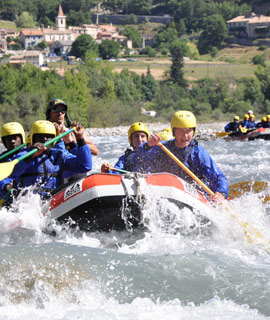 Places you cannot miss in Bhutan

It is one of the primary locations that visitors like to start their journey with. The Monastery also is known as Tiger's Nest due to a belief that once a religious Guru flew all the way from Tibet on a Tiger and landed on this very place. You cannot reach Taktsang by road and visitors are required to trek uphill to finally be blessed with the amazing view of the Monastery, whose beauty cannot be expressed in words. It is said to have been constructed during the year 1692 and its architecture designs are an excellent piece of art and culture. The view of the Tigers Nest from the viewpoint just opposite to it has been the fascinating cultural icon of the kingdom, globally.

Location : The Tiger's Nest Monastery is located in Paro, approximately 10 kilometers away from the city.
Best time/season: March to May and September to November.

Another treasure of Bhutan art and architecture is the Punakha Dzong whose name translates to' the palace of great happiness'. It presents the culture of Bhutan and represents its rich heritage through its unique art and architectural practices. The importance of the Dzong lies behind the fact that the Kings have been crowned here in Punakha. The heritage building was constructed during the year 1637 which makes it one of the oldest Dzong in Bhutan. The art and architecture designs done on the Dzong are a mixture of both Bhutanese as well as Tibetan art. A single look at the Dzong is sure to amaze you and during spring, the surrounding becomes alive and rich in colors which make the Dzong look more splendid. The icing on the cake is its location at the confluence of the two rivers Mo Chu and Po Chu.

Location: At the confluence of the rivers Pho Chhu and Mo Chhu in Punakha.
Best time/season: The best time to visit the Punakha Dzong is spring season during May when everything around it becomes colorful.

If you have planned a self drive tour of Bhutan, Chele La Pass is the highest motorable pass in Bhutan which is about 4000 meters above sea level. Not all are lucky enough to witness a Pass which is a beautiful gift of nature. so if you are in Bhutan you cannot afford to miss this amazing exploration opportunity. The Pass is about 36 km away from the Paro town and the road that you would have to take is quite beautiful and assures a wonderful road trip to an even more amazing location. The Chele La Pass separates the Paro Valley from the Haa Valley and it is also one of the best points for photographers who are constantly in search of exhilarating locations and is beautiful beyond imagination.

Location: Between Haa and Paro Valleys in Bhutan. Best time to visit: October to November when the weather is pleasant.

It is one of the outstanding pieces of artwork and one of the tallest statues of the Shakyamuni Buddha statue. Buddha Dordenma is a wonderful sightseeing location and also a great pilgrimage point for the Buddhist population of Bhutan. The construction of the statue was completed in the year 2015and it stands tall to a height of 169 feet. The golden masterpiece was constructed to celebrate the anniversary of the fourth king, Jigme Singye Wangchuk. The statue sits on top of a hall in Kuenselphodrang Nature Park and overlooks the capital city, Thimphu. There is one unique feature of the giant statue that is not known to all. The statue houses a total of 1, 25,000 small Buddha statues inside it and these unique traits of the statue make it one of the popular sightseeing places in Bhutan.

Location: On top of a mount in Kuenselphodrang Nature Park.
Best time/season: The early sunrise scattering sunshine to it makes it look for magical.

This popular tourist point is the second largest national park in Bhutan and provides an absolute treat for the wildlife enthusiast on Bhutan trip. The park stretches over an area of about 4316 sq.km and its elevation ranges from 1400 m to 7000 m which makes it a great place for a variety of wildlife whose habitat are all different from each other. The major attractions of the park are the presence of threatened wildlife species like Bengal tiger, clouded leopard, Himalayan blue sheep, Himalayan black bear etc. along with some unique flora and fauna. The National park is rich in Biodiversity and besides wildlife; the park itself is very picturesque as well. The background here consists of glaciers, snow capped mountains, and some glittering lakes.

Location: Located at a distance of 122 km from Thimphu, the national park is well connected by road.
Best season: March to October